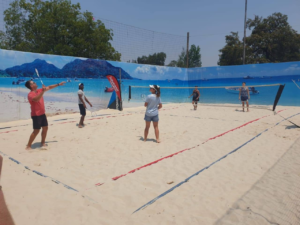 The new outdoor game of BWF, AirBadminton is the game developed by the Badminton World Federation (BWF) is designed to create opportunities for people of all ages and abilities to play badminton on different surfaces including hard, grass and sand surfaces in parks, gardens, streets, playgrounds and beaches around the world.

This game has its main goal, to increase the popularity of badminton which is fun and inclusive game. It has the same objectives as badminton and as any other sports improve the physical components such as speed, endurance, strength, agility, balance , coordination, and flexibility. AirBadminton also prevents stress and helps to eliminate the risk of other health problems.

Where can I play:

AirBadminton can be played on rectangular and symmetric land with 2 meters of dead zone each side from the net. If the AirShuttle touchs the ground on this area, it’s a fault. It can be played on three different surfaces such as : hard, grass and sand. 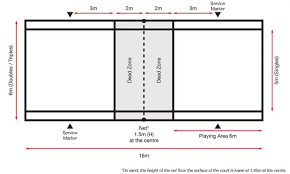 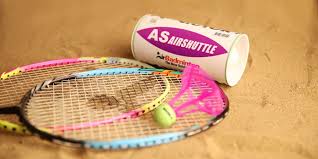 What equipment is required to play AirBadminton

Setting up an AirBadminton court is very simple. You need two net posts, one net and 5cm width tapes to draw the court. Equipment required to play AirBadminton are rackets (same as traditional badminton racket), and specific shuttle (AirShuttle). It is possible to play AirBadminton with existing shuttlecocks, but the game and court have been specially developed based on the characteristics of the AirShuttle which is easy to play outdoor. We recommend that AirBadminton be played with AIrShuttle as soon as its available on the market as this game provides a great deal of fun and enjoyment.

What are the different games that can be played?

Games played in AirBadminton are : Men’s Singles, Women’s Singles, Men’s Doubles, Women’s Doubles, Mixed Doubles and Triples. Triples is played by teams of three, each containing a minimum of one female player. They are not allowed to hit two consecutive strokes. This rule creates more movement and increases the tactical elements of the game.

AirBadminton can be played by anyone, regardless of age, ability, gender, and level of experience. It is also an inclusive sport for people with disabilities and para-badminton players. 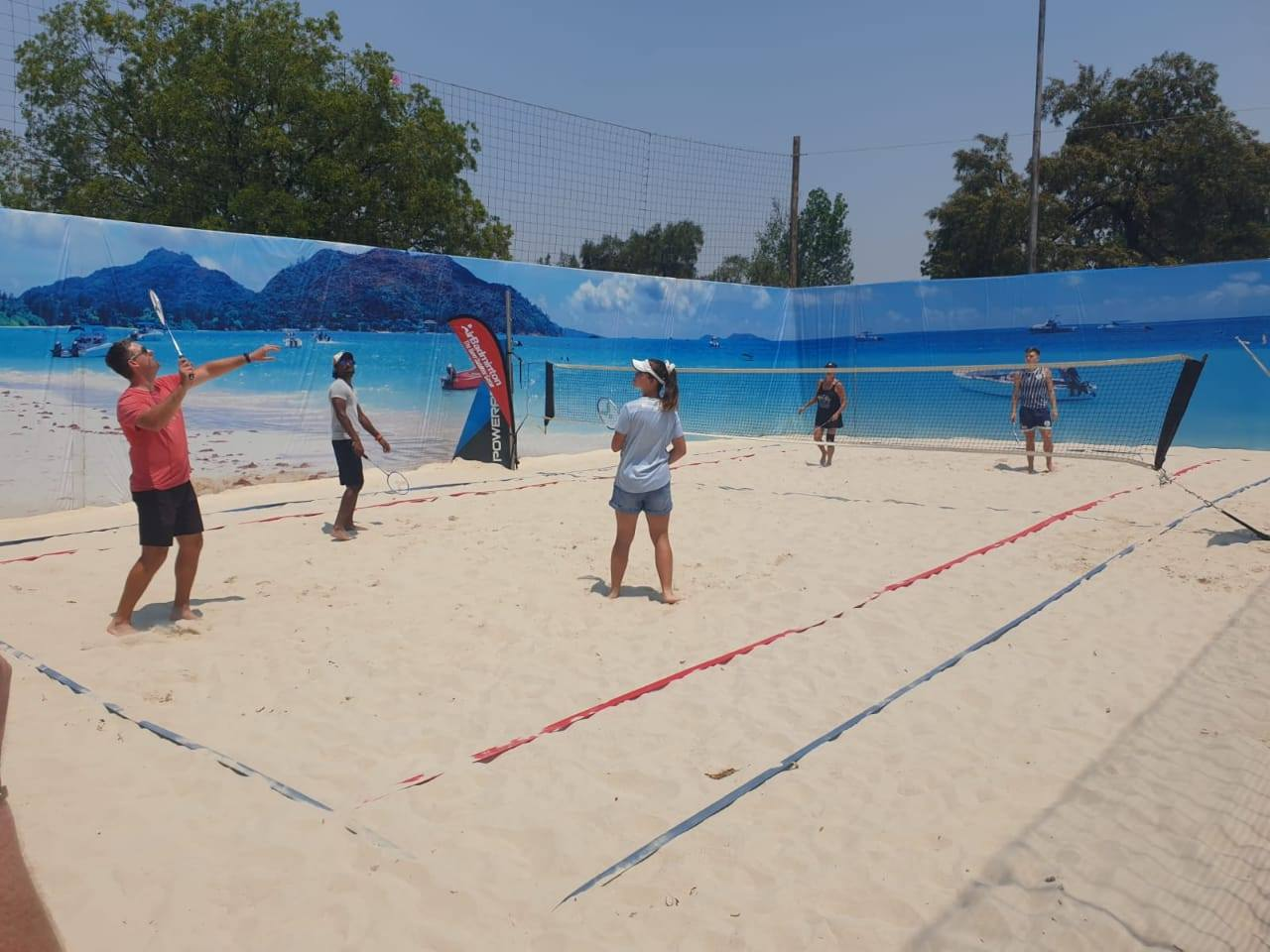