Skip to content
At the recent BWF AGM held in Bangkok, Thailand, Larry Keys was honoured with a Lifetime Achievement Award at the meeting of the General Assembley where he received the award from the President and Vice-President of the BWF.
Larry Keys started out as a player and was National champion for many years before joining administration at National Level. He served as Badminton South Africa (BSA) Board Member and President for over 20 years and was instrumental in developing the sport locally. He was also chairing the association when BSA qualified its first players in the Olympics and its under his leadership that the country won several gold medals at African level up to 2018 where he left the position of President.
At Continental Level, he held the position of BCA President for a total of 10 years from 2005 to 2010 and 2013 to 2017. During the past 15 years, he also held other important positions like the Chairmanship of the Development Committee and Vice-President of the Southern region. He contributed massively in the development of badminton at African level, especially with the introduction of Shuttle Time in the early 2010s. Towards the end of his career, Mr. Keys greatly contributed to bring reforms at BCA’s governance and administrative structures. During his long and exemplary career, he also represented Africa on the BWF Council as BWF VP. 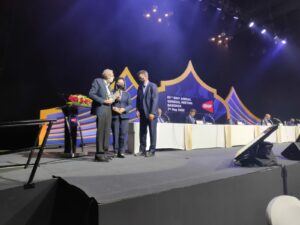