Ranked 212 in the world, South African badminton player Robert Summers couldn’t have asked for a tougher assignment in his opening encounter at the Commonwealth Games in Birmingham than facing the reigning world champion.
Singapore’s Kean Yew Loh rallied from an early exit at the Tokyo Olympics last year to claim the global crown just a few months later.
Competing on the show court at the National Exhibition Centre in Birmingham, Summers acquitted himself with aplomb, challenging the Singaporean star with a fighting performance, particularly in the opening game.
The 20-year-old South African eventually succumbed 16-21, 9-21 but was hugely boosted by his performance.
“It’s unbelievable. For me, it was a huge learning curve to play the best in the world, to help measure my own game,” he said afterwards.
Speaking about the tight first game, Summers reckoned: “I was thinking to myself, ‘I’m still with him here at 16-16, maybe I am in with a slight chance. You never know, I might get three easy points, things might change.’
“But I think he switched into another gear. He probably had another three to switch into, but he switched into one, upped the pace, intensity and consistency. I believe that is what won him the game in the end.”
As for the chance to compete on the show court in front of the vocal Birmingham crowd, Summers added: “I really enjoyed the occasion, the crowd were amazing, even though I am not from here. It was great because it was the first time I have experienced the show court. I did not expect their support. They actually carried me to some points.”
Taken from Supersport dated 4 August 2022 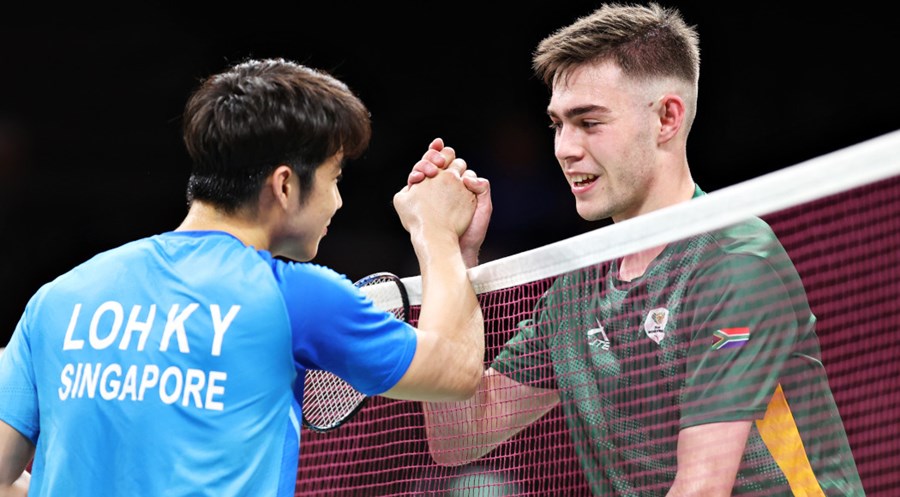 Countdown to the 2022 Commonwealth Games